The Brain Gauge is a novel brain health assessment system that takes advantage of the well-documented relationship between the sensory nerves in the fingers and the projection of those nerves to corresponding regions in the brain. The Brain Gauge is a mouse-sized device that uses fingertip vibration patterns to probe cortical function and utilize it's complexity to gain more sensitive and specific detection of compromised neural function. The design integrates 50+ years of neuroscience research and over a decade of technology development.

Repeating questions as though they’re being asked for the first time. Forgetting conversations. Misplacing items more frequently than usual. Difficulty finding just the right word or remembering a person’s name. Getting turned around or lost in a familiar place. Losing your train of thought or the thread of conversations. Changes in mood and emotions and an increase in impulsivity, irritability or poor judgment. Any and all of these could be signs of being tired, stressed or overwhelmed. But especially in older adults, they could also be signs of cognitive decline or dementia. Cognitive decline refers to a reduction in mental capabilities. This can occur with age or can result from a brain injury or stroke, another disease or even a vitamin deficiency. Cognitive decline can sometimes lead to dementia, a condition the Alzheimer’s Association defines as “a decline in mental ability severe enough to interfere with daily life.” Dementia isn’t a single disease; rather it’s a term describing a group of symptoms that are associated with a decline in cognitive function. 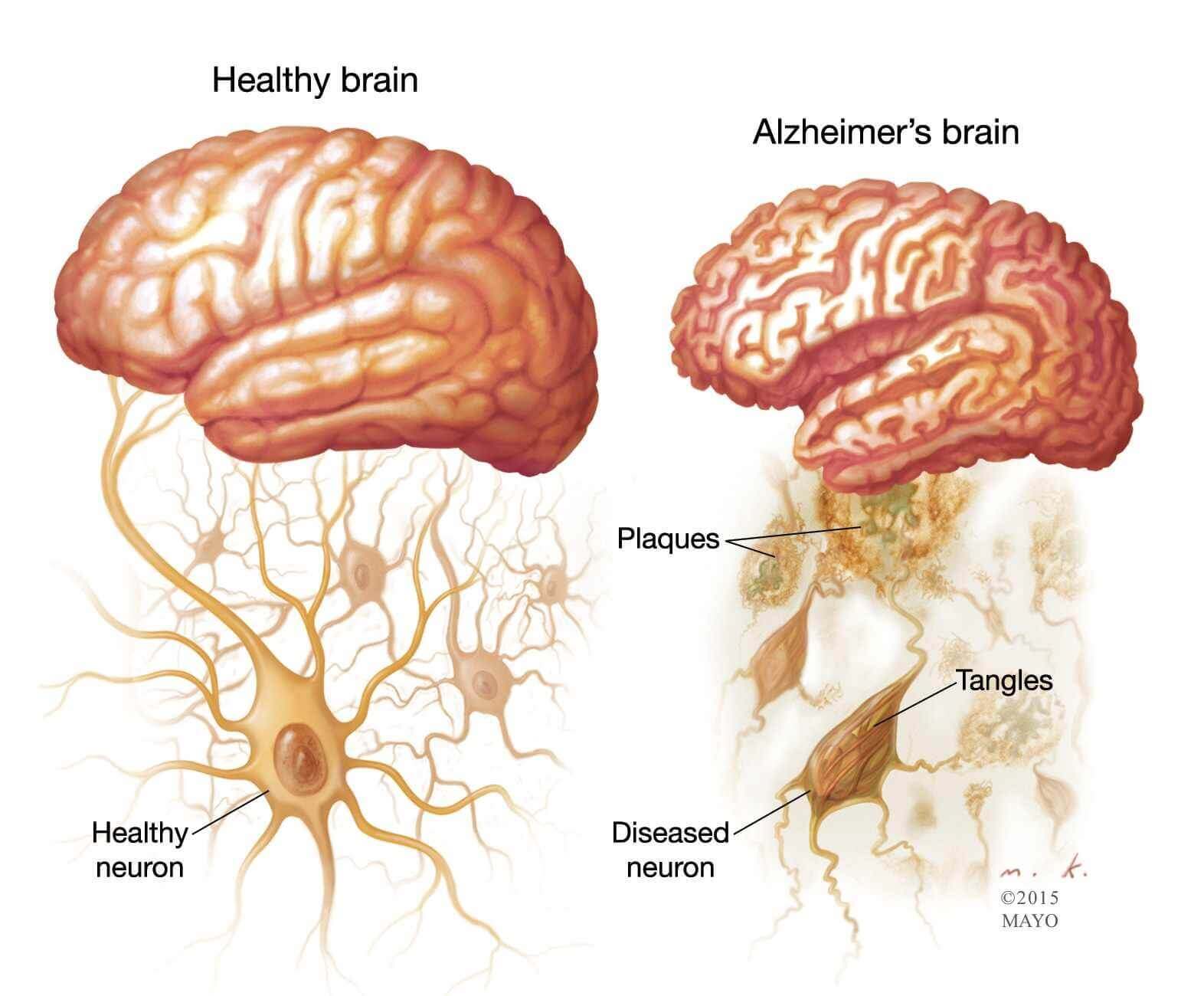 Dale E. Bredesen, M.D., is a professor of neurology at the Easton Laboratories for Neurodegenerative Disease Research at the David Geffen School of Medicine at the University of California, Los Angeles (UCLA).
Dr. Bredesen’s laboratory focuses on identifying and understanding basic mechanisms underlying the neurodegenerative process and the translation of this knowledge into effective treatments for Alzheimer’s disease and other neurodegenerative conditions. He has collaborated on the publication of more than 220 academic research papers.
He and his colleagues have identified several subtypes of Alzheimer’s disease and has developed ReCODE – reversal of cognitive decline – a protocol that offers a new approach to treatment that has reversed symptoms in patients with mild cognitive impairment and Alzheimer’s disease.
Dr. Bredesen received his undergraduate degree from the California Institute of Technology and his medical degree from Duke University. He served as Resident and Chief Resident in Neurology at the University of California, San Francisco (UCSF). He was the Founding President and CEO of the Buck Institute for Research on Aging and Adjunct Professor at UCSF.
The major subtypes of Alzheimer’s disease.
Identified just over a century ago, Alzheimer’s disease is a complex, multifaceted condition that affects nearly 44 million people worldwide. In this episode, Dr. Dale Bredesen identifies the defining characteristics of Alzheimer’s disease and enumerates its primary subtypes:

Although the subtypes vary in their causes and manifestation and often overlap to some degree, Dr. Bredesen explains that the underlying pathological features – the accumulation of amyloid beta plaques and tau tangles – are unifying aspects of the disease. He adds that how these features play out in the somewhat fragile environment of the brain depends on a wide array of contextual parameters, such as genetics and lifestyle factors, including diet, sleep, exercise, and environmental exposures.

The emergence of new properties of amyloid-beta.
"We think more and more of amyloid as being like napalm." - Dale Bredesen, M.D.

Amyloid-beta as an antimicrobial response.
Amyloid-beta is a protein fragment that has long been implicated in the pathogenesis of Alzheimer’s disease. It is a known neurotoxin that destroys nerve synapses and then clumps into plaques that lead to nerve cell death. But in recent decades research has revealed interesting characteristics that suggest amyloid-beta can play a protective role against fungal, bacterial, and viral infections.

One example is seen in the herpes virus, which upregulates the production of amyloid-beta protein in vitro. In turn, the protein binds to and agglutinates the viral particles. Perhaps more importantly, increased production of amyloid-beta improves survival in animals subjected to a viral assault, a phenomenon that strongly supports an antimicrobial protection hypothesis of Alzheimer’s disease. There may be good reason for this antimicrobial property too: 90% of glioblastomas, a type of brain cancer, have been shown to express a herpes type of virus known as cytomegalovirus. Most people harbor latent herpes virus infections, and some evidence suggests that reactivation of the latent virus in the brain, particularly in APOE4 carriers, might increase the risk of developing Alzheimer’s disease.

The interaction of metals with amyloid-beta.
One of the roles amyloid-beta may also play as “protector” is that of binder of transition metals like zinc, copper, or iron. Animal experiments demonstrate that chelating agents can even reduce deposition of amyloid-beta. These interactions with metals become important in the discussion of Dr. Bredesen’s protocol where a combination of early-onset, non-amnestic cognitive changes, and biomarkers like altered copper-to-zinc ratio, especially low serum zinc, might be suggestive of the “cortical” or “toxic” subtype of Alzheimer’s disease.

The role of the APOE4 polymorphism in Alzheimer’s disease.
"In the past, people said, 'Don't check because there's nothing you can do about it,' and that has completely changed." - Dale Bredesen, M.D.

More than 75 million people in the US carry at least one allele for APOE4, a version of apolipoprotein E that is the major genetic risk factor for Alzheimer’s disease, which some studies show may increase the odds of developing Alzheimer’s disease by as much as 2- to 3-fold in the case of heterozygotes and as much as 15-fold in homozygotes. The old mantra – that little could be done to prevent APOE-related Alzheimer’s disease – is now being challenged, however. Dr. Bredesen’s research indicates that, armed with knowledge, we can make dietary and lifestyle changes to prevent or at least delay the cognitive losses that once seemed to be one’s destiny.

A key element in the acquisition of knowledge about our risks factors and what can be done to manage our risks is what Dr. Bredesen calls a “cognoscopy” – a term he coined that describes a battery of assessments, including biochemical tests, which measure some of the key biomarkers for Alzheimer’s disease.

The biomarkers of Alzheimer’s disease and the Bredesen Cognoscopy.
"[Alzheimer’s disease] should essentially decrease to a very low level with the current generation.
In this episode, Dr. Bredesen proposes a pretty radical idea: Alzheimer’s disease as we know it could be largely ended with the current generation. The key to doing this? By treating the prevention of Alzheimer’s in much the same way we treat colon cancer — with screening to detect the first signs of trouble.
However, a recurring theme a recurring theme throughout our discussion with Dr. Bredesen is that what most labs and clinicians call normal may actually be different than what is optimal. In fact, perhaps the key take-home message from this episode is that not only should we potentially get tested and keep an eye on certain biomarkers in particular, but more importantly, for some of these tests, our goal should be to keep our ranges even healthier than what the laboratory references may indicate as “normal.”

Whether a person is at risk of developing the disease versus actively manifesting symptoms is often reflective of the number of their suboptimal biomarkers: as few as three to five suboptimal lab values may be observed in an at-risk pre-symptomatic person versus up to 25 in a symptomatic person. (See chapter 7, The "Cognoscopy" — Where Do You Stand? in Dr. Bredesen’s book The End of Alzheimer’s)
In case you’re wondering what just a few (not all!) of those key biomarkers might be, here are a few from the episode that stand out if for no other reason than Dr. Bredesen mentioned them and provided the ranges he thinks are more optimal than the standard “within normal limits” ranges:

Vibrant Wellness Neural Zoomer Plus is an array of neural antigens which offers very specific antibody-to-antigen recognition and potential risk to develop Neurological Autoimmune disease. The panel is designed to assess an individual’s IgG, IgA, and IgM sensitivity to these antigens at the peptide level. Neural Zoomer Plus aims to reduce the prevalence of neurological conditions by empowering clients with a vital resource for early risk detection and an enhanced focus on personalized primary prevention.

If you suffer from any of the below issues or symptoms associated with autoimmunity in the nervous system you may benefit from the Vibrant Wellness Neural Zoomer Plus: